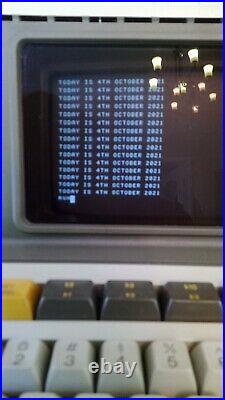 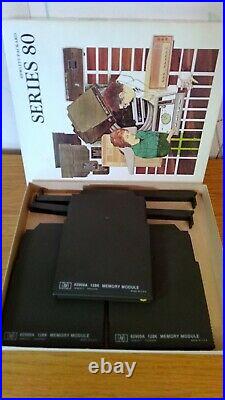 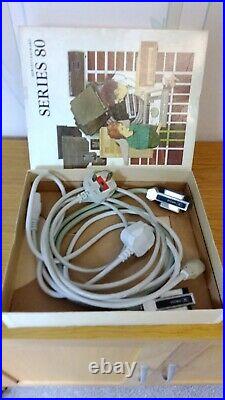 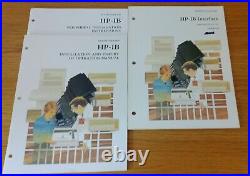 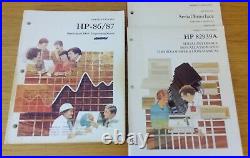 I have tested both the computer and the plotter as best I can as described below. The computer powers on and I wrote some simple basic programs to test that the screen works and all the keys on the keyboard seem to work ok. The sound works too in so much as you get a beep whenever you get an error - I've no idea if it's capable of more.

The plotter works in so much as it powers on and you can load paper and use the buttons on the front to move it around and the pen holder up and down. All the buttons seem to work. Sadly there are none of the original pens but I put a basic felt tip into the pen holder and was able to make rudimentary drawings with it using the buttons.

I wasn't however able to get it to work from the computer itself using the HP-IB cable but to be honest I didn't really know how to get it to work even from the programming manuals which are somewhat complicated. I have not tested any of the memory or interface modules simply because I don't know how! Everything seems in reasonable condition given it's age. There is noticeable sun/light damage to some of the keys and everything including the manuals is a little "musty" smelling but otherwise in good condition.

Eturns will NOT be accepted. The item "Vintage Hewlett Packard HP 87 Computer ++WORKING++ with HP 7470A Plotter ++ MORE" is in sale since Monday, October 4, 2021. This item is in the category "Computers/Tablets & Networking\Vintage Computing\Vintage Computers & Mainframes". The seller is "stecree72" and is located in Nottingham.

This item can't be shipped, the buyer must pick up the item.